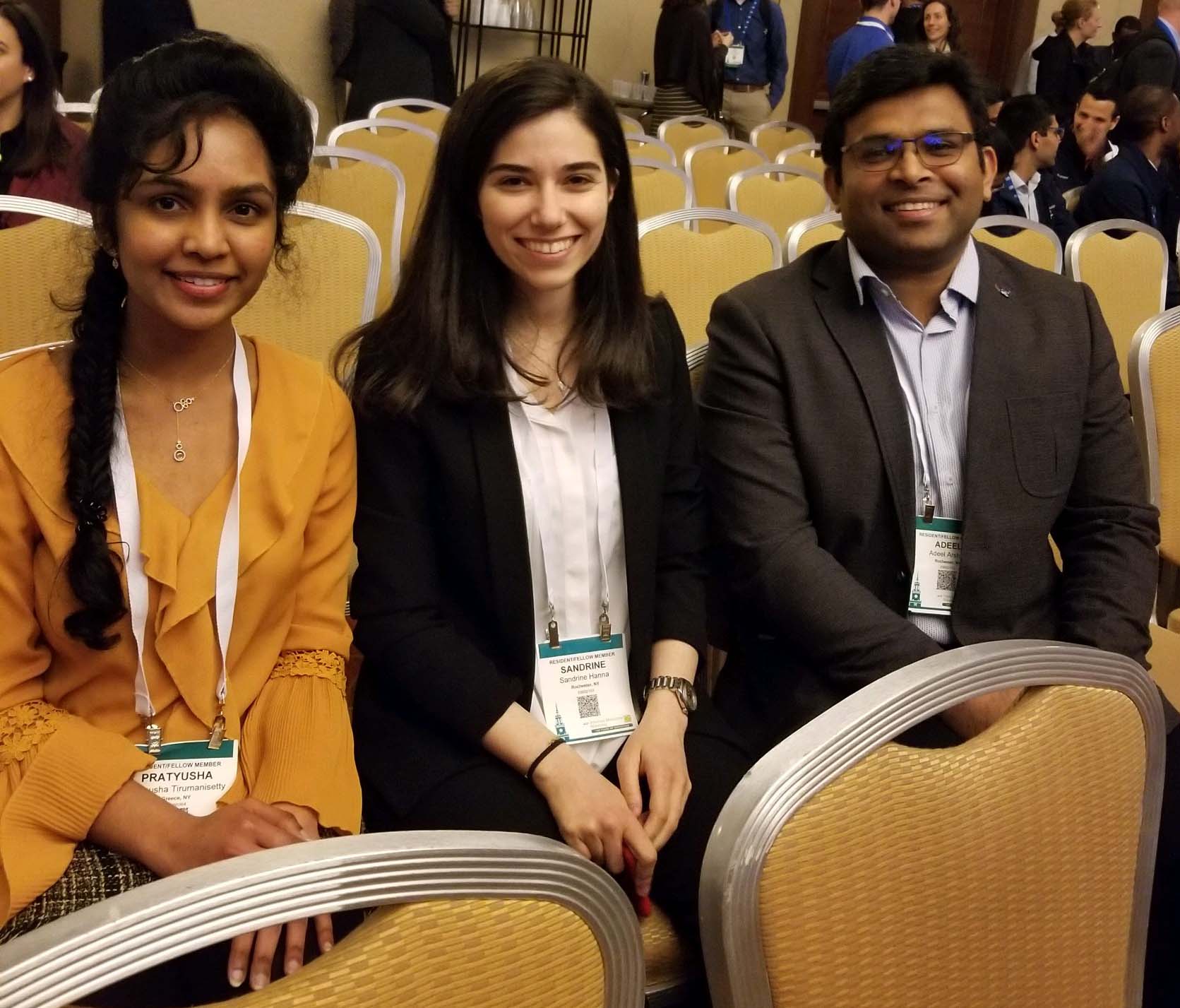 The ACP Doctor's Dilemma Competition is held each year at the Internal Medicine Meeting, where it brings together some of the brightest residents from around the world in a medical Jeopardy-style competition. The 2019 competition featured 52 teams, each representing an ACP Chapter.

Congratulations to Adeel Arshad, MD, Sandrine Hanna, MD, and Pratyusha Tirumanisetty, MBBS from Rochester/Unity Hospital for representing New York! We are very proud of you!

2020 New York Chapter of the American College of Physicians All Rights Reserved.
This site uses cookies to recognize members so as to provide the benefits of membership. We may also use cookies to understand in general how people use and visit this site. Please indicate your acceptance to the right.